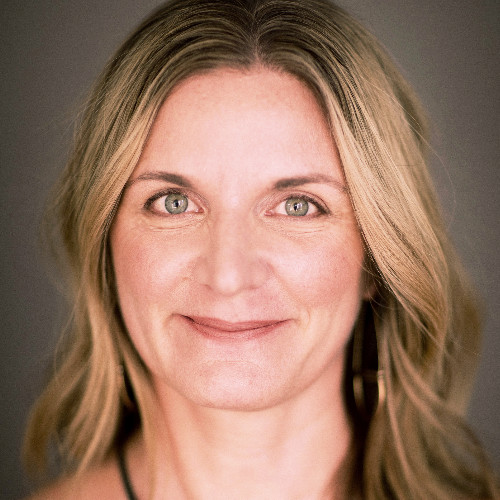 SAN FRANCISCO -- (January 25, 2022) -- MakerSights, a retail technology company empowering consumer-obsessed brands to deliver products people love while dramatically reducing waste, announced today that Lisa Bougie has joined its board of directors as the first independent board member alongside the company’s founders, Dan Leahy and Matt Field, as well as Monica Varman, Zach Barasz, and Brian O’Malley. Lisa’s reputation as a high impact C-suite executive and trusted advisor is built on her success at industry-defining companies, including Gap, Patagonia, Nike, and Stitch Fix. Since leaving Stitch Fix in 2018, Lisa has been committed to only advising and investing in companies that support climate action, social equality, and wellness.

“I believe, to my core, that art and science are better together, which is what drew me to MakerSights,” said Bougie. “Fashion is the second highest polluting industry in the world, which is simply unacceptable, and is long overdue for a digital transformation. MakerSights modernizes the product-to-market process, while enabling creativity to flourish at consumer-obsessed brands and empowering product, merchandising, and go-to-market teams with the information they need to make assortment decisions that increase profits, minimize waste, and reduce overproduction.”

Lisa joined Stitch Fix in 2013 for the opportunity to create the future of retail as its Chief Merchandising Officer. In 2016, she was promoted to General Manager of Stitch Fix Women, which grew profitably from $10M to $1B+ under Lisa’s leadership. Stitch Fix went public in 2017 and is recognized as a true disrupter of the industry. Prior to Stitch Fix, Lisa honed her merchandising expertise at Gap, Patagonia, and finally, Nike, where she started as the General Manager for Nike Stores in America and ultimately, became Vice President and General Manager for Direct to Consumer in Emerging Markets.

“We are thrilled to have Lisa join our board of directors,” said MakerSights Co-founder and CEO Dan Leahy. “Her experience in retail, especially with brands at the intersection of technology and design, and her shared passion for the environment, made her an obvious choice for us. We are incredibly lucky to welcome Lisa to the team that will help guide us through this vital stage of growth and scale at MakerSights as we help brands create products people love with the goal of radically reducing waste.”

Over the last year, MakerSights has added Rothy’s, Madewell, and Luxottica Retail, among others to its already robust client roster, which includes New Balance, Champion, UGG, Bonobos, Faherty, and the majority of the top 50 percent of retail brands. In August 2021, the company raised $25.6 million in a Series B round of financing led by G2 Venture Partners, a venture capital firm that invests exclusively in companies supporting sustainable innovations that battle the climate crisis. MakerSights has raised $36.6 million to date with previous funding from Forerunner Ventures and Baseline Ventures. The company hired its first Chief Marketing Officer, Cristina Bravo Olmo, following the Series B. Cristina brings immense B2B SaaS experience having led marketing at Sigma Computing and Wrike after holding various roles in marketing at Zendesk, Marketo, and Trend Micro.

The retail industry is one of the biggest polluters on the planet. At MakerSights, we know there is a better way. Consumer obsession powers growth and sustainability, so we’ve reimagined assortment management with the consumer at the heart of every decision. MakerSights is the only collaborative assortment management workspace that embeds actionable consumer data into product development, merchandising, and go-to-market workflows. Our customers are smart-to-market, consumer-obsessed brands, including Madewell, New Balance, and Champion, that are radically reducing economic and environmental waste by streamlining the concept-to-consumer process.

Join Leahy and other industry leaders to learn more about how consumer obsession helps brands reduce overproduction and increase margins.

Merchandisers Can Now Reach a Wider Breadth of Consumers with Fewer Products, Driving Revenue While Reducing Risk, Cannibalization Across Lines, and Overproduction