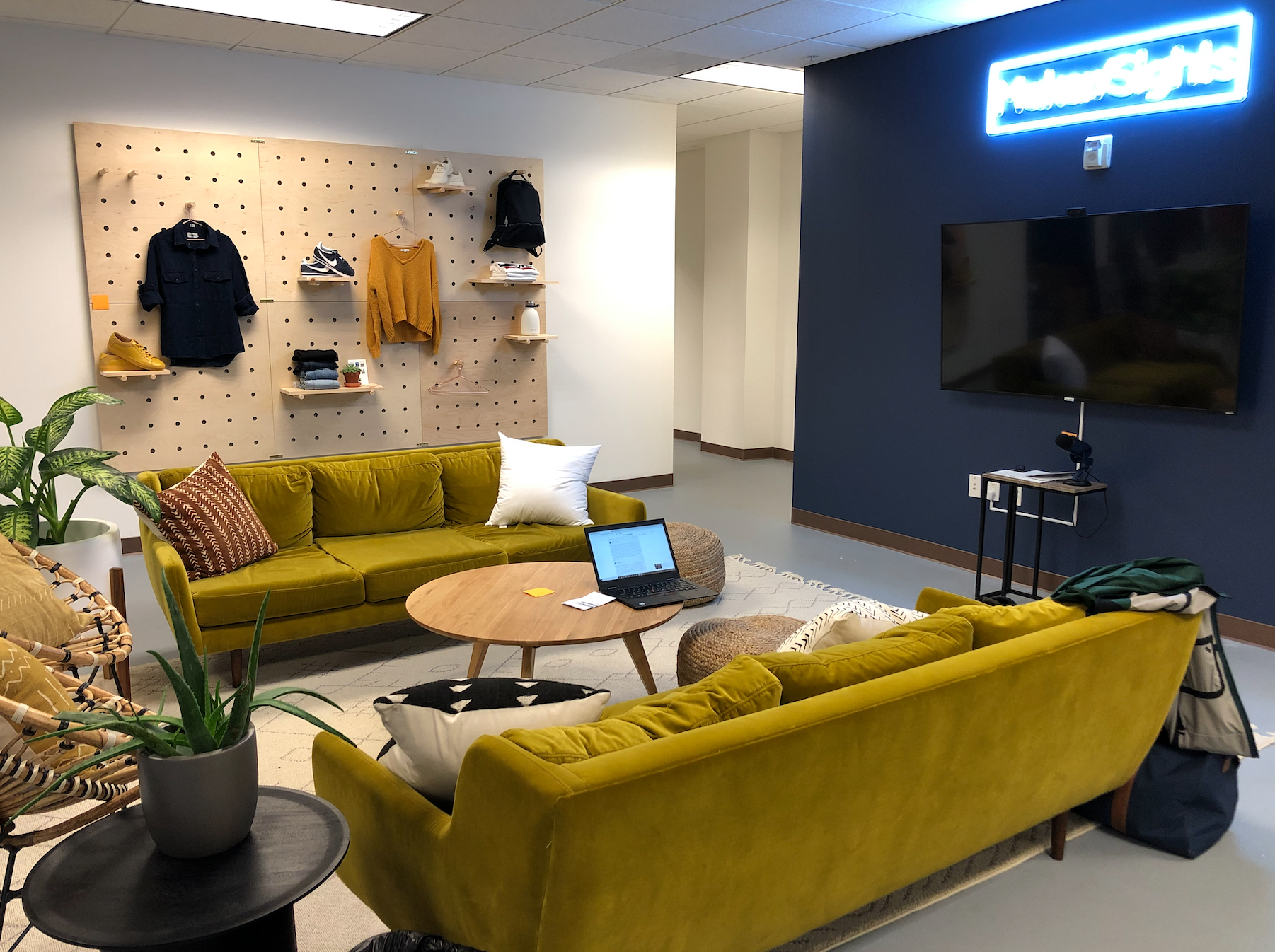 At Makersights, we are fortunate to have a group of technology and retail leaders who support us. These are wonderfully talented people who have shaped their industries and who choose to spend time with us in intimate settings. They share their stories, experiences, and advice in a tradition we call Fireside Chats. In the past, we’ve had leaders like Lisa Bougie (former Chief Merchandising Officer at Stitch Fix) and Barbara Bradley Baekgaard (co-founder of Vera Bradley). We are immensely grateful for these deeply enriching experiences.

Most recently, we had Jeff Barrett (former CTO of Stitch Fix) join us. There are very few people in the world who have scaled a company from private to public, let alone from ~10 employees/$1M to ~5500 employees/$1B, and we loved getting a chance to spend time with him. Jeff is one of the most humble, gregarious, and wonderfully nice people you could meet. He spoke at length about topics that seemed interesting choices for an engineering leader: emotional intelligence, trust, and empathy.

As an engineering leader, one might have thought that he would have focused on technology topics: infrastructure, systems architecture, modern tech trends. In fact, we barely spoke about technology. Instead, Jeff’s advice all centered around what he described as a tech company’s greatest asset: its people. As we’re thinking about growing our MakerSights team dramatically over the next year, we had a number of questions around team-building for Jeff. His advice was:

When hiring, ask: “Does this person have integrity?”

At the end of the day, you could have a ‘rockstar’ engineer or saleswomen, but if they don’t operate with integrity, it doesn’t matter. They’ll eventually cause friction with a team, put themselves first, or make an equally poor decision with a client. That will eventually cause far more harm than their ability to execute on the task at hand. Integrity comes first always.

Similar to integrity, emotional intelligence is extremely important. As a team grows, the diversity in perspectives, backgrounds and ideas will grow with it. This is exceptionally beneficial to an organization. However, it is important to be inclusive and mindful of each of those perspectives while still having the ability to make hard choices. That’s where emotional intelligence comes in. The ability to have those hard discussions - while still supporting and respecting the people involved - is paramount to success.

Even if you hire amazing people, there will always be times when things don’t run smoothly. We asked Jeff for some tactical advice on how to limit these areas of friction.

“This might not work for everyone, but at Stitch Fix, we asked the following question when making decisions: ‘Does this help or harm the relationship/trust with the other person?’”

Jeff mentioned that ‘other person’ could mean other employees, vendors, clients, shareholders, etc. He said it was a great guiding heuristic to make decisions - especially hard ones. He believes that Stitch Fix ultimately followed the right path by using this question regularly.

Jeff had a wonderful explanation of some of the friction that occasionally can happen between engineers and people from other teams. He described it like this:

Engineers receive constant reinforcement that they should look for problems. Over and over in their school and careers, they are reminded to think about all the weird and funky ways something can go wrong. When something does go wrong - like a bug - they are the ones who hear the complaints and need to go fix it. This thinking-to-future-problems mentality is an important skill set. Companies need it. If there wasn’t someone thinking this way, things would break constantly and it would be utter chaos. So when someone from another team asks “well, can we just do X?” and they get a response that points out all of the potential issues with the idea, that is why. Both viewpoints - the optimism/innovation as well as the practical considerations - are valid and they need to work in unison to build a great tech company. Non-engineers should be empathetic to this counterpart mentality.

When building products, limit the conversation on theoretical topics.

One of the things he mentioned was that early on his team would spend too long discussing potential changes in their technical architecture. “Should we switch to this caching strategy?” or “How should we share code amongst our products?” are hard to answer in abstract, and teams would spin their wheels in hours of meetings attempting to answer them. The truth is, it's hard to determine the right approach through discussion (even with whiteboards).  Instead, he suggested getting to a working prototype as quickly as possible. Then everyone can weigh in with something tangible. It cuts through the noise exceedingly well.

As a startup who is experiencing quite a bit of growth, we know the way we operate is going to radically change in the next year. We asked Jeff for some advice on how to deal with it.

People join (or drop off) at different stages. That’s okay.

Jeff described a startup company as being on a roller coaster. Early on, the roller-coaster swings are bigger. The impact of an event on your team - landing a major client or hiring a great person - is larger on a relative basis because you simply don’t have that many clients or employees yet. Later on, those impact-ripples are smaller. Losing a great employee won’t hurt as much because your company is 1,000 people strong.

He spoke about how people will join and leave at different stages simply because of their natural preferences of roller-coaster-ey-ness (which is absolutely a word). The people who join when your company at ten people probably won’t enjoy being there when it is five hundred. That’s okay. We each bring something to the table at different stages and should celebrate each other when it’s time to move on to a new adventure.

Reinvent yourself (over and over).

By definition, the way a company operates will need to constantly evolve as it grows. The things that worked well at one phase will suddenly no longer work (at all) and will need to be replaced by new things. This could be anything: messaging, products, internal processes, etc.

The problem is that change can be hard for people. If someone had championed an idea or disagreed on a direction, it can be difficult to be open to something new. Jeff spoke at length about how leaders need to actively lean into the idea of changing what has worked to date and be open to embracing new things. He attributes this openness to change as one of the key reasons for Stitch Fix’s success.

Perhaps most importantly... he said they never, ever took enough pictures. He advised taking a moment to pause, look around, and appreciate the people and the experience around you. It will so quickly change and be gone. So take a few selfies with those amazing teammates. 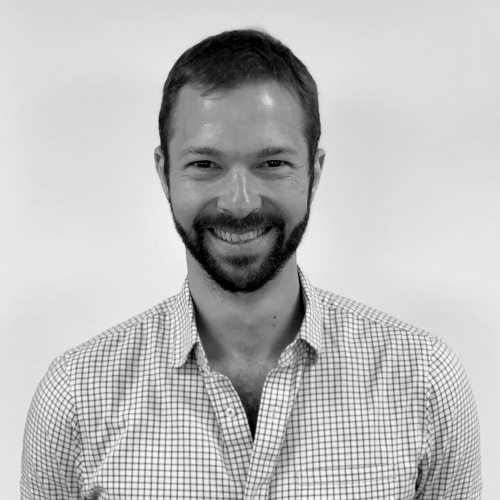 We stand united with those giving voice to the systemic inequities and injustices throughout our society — and we're sharing the concrete steps we're taking as an organization to contribute to this fight.

Breast Cancer is highly personal to many of us at MakerSights. This month, we asked a few of our team members to reflect on how this disease has affected their lives and their friends and family.